Difference between revisions of "Vorbis" 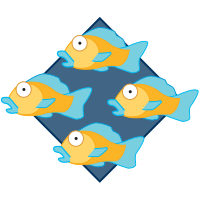 Vorbis is a patent-clear, fully open, general purpose audio encoding format standard that rivals or even surpasses the 'upcoming' generation of proprietary codecs (AAC and TwinVQ, also known as VQF).

There is no raw Vorbis stream defined. Instead, the Vorbis codec is typically used in the Ogg container format for audio files. Because for a long time the Ogg container was quasi-exclusive for Vorbis, people often refer to it as 'Ogg Vorbis'. Later the FLAC audio codec as well as the video codecs Theora and Dirac began to be used inside Ogg too.

In 2010 the WebM format was defined using the Vorbis codec inside the WebM container.

libvorbis, a BSD-licensed source implementation of Vorbis as a library is available; see the Ogg Vorbis page for documentation, downloads and distribution terms.

Many hardware and software players support Ogg Vorbis; see vorbis.com or the links below for a list of all the players we know about.